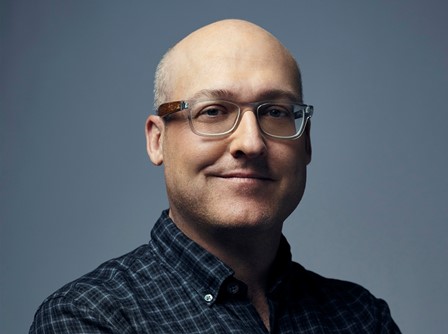 The Putnam City Schools Foundation proudly announces Mike Mitchell as the 2019 Wall of Fame honoree. Mitchell is a 1988 graduate of Putnam City North High School and is currently a film director in California. He will be inducted at a celebration dinner held in his honor on April 19, 2019 in Oklahoma City.

The preparation Mitchell received as a Putnam City student combined with his unmatched creativity turned into acceptance at the prestigious California Institute of the Arts, where he studied filmmaking and animation.

Mitchell’s work in entertainment includes time as a director, actor, and animator. He has worked with respected directors Tim Burton and Spike Jonze. In his collaboration with DreamWorks Animation, Mitchell directed the movies Shrek Forever After and Trolls which together grossed over $1 billion.

Through his work on several films, Mitchell has collaborated with a host of Hollywood talent, including Anna Kendrick, Justin Timberlake, Eddie Murphy, and Antonio Banderas. He has also been a voice actor on several films including Monsters vs. Aliens and Puss in Boots. His work in television includes time on SpongeBob SquarePants and Trolls: The Beat Goes On! His next film, due out in 2019, is The Lego Movie 2: The Second Part, billed as a 3D sci-fi comedy film.

“His hard work and passion for his craft are wonderful examples for our students, and we are delighted to recognize him on the Wall of Fame,” said Seal.

Mitchell often cites his artistic beginnings in Putnam City as being essential to where he is today, and says he is “thrilled” to receive this honor.

The celebration dinner includes recognition of teachers of the year, highlights of various programs in the district, and the induction of the honoree. More information and tickets for this event are available here.

The Putnam City Schools Foundation’s mission is to enhance and enrich the educational opportunities of children in Putnam City Schools. We serve the students, teachers, and staff of Oklahoma’s fifth-largest school district, through support, recognition, and advocacy, and have for over 30 years. More than 19,500 children and their families benefit from the work we do every day. The support we provide doesn’t just impact our schools. It enables our students to dream big and continue building the strong community we share. To learn more about the Putnam City Schools Foundation call (405) 495-5200, ext. 1205, or visit www.pcf4kids.org.