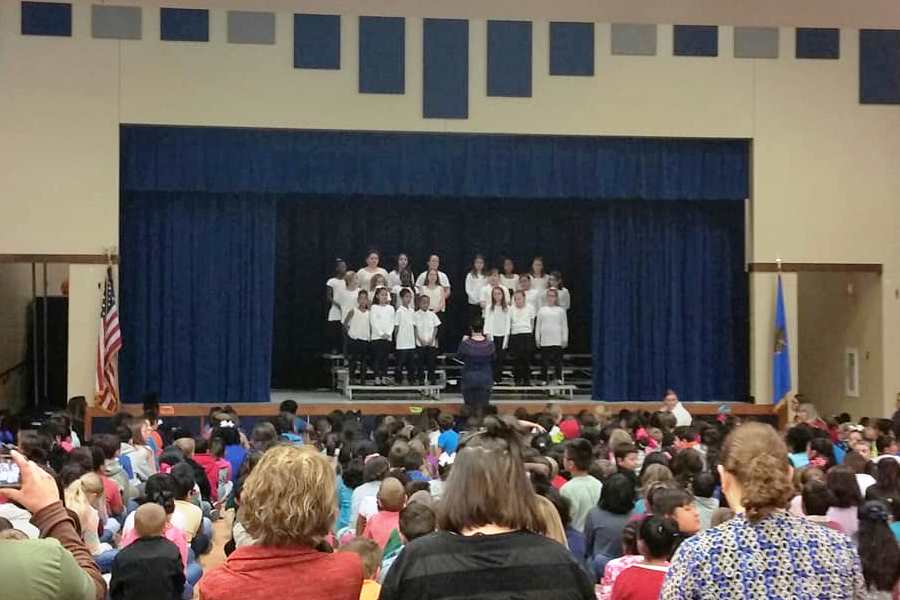 This year, we didn’t get to celebrate Veterans Day in our schools like we should. This blog from a few years ago will at least remind you of how our schools conduct the Veterans Day assemblies and of how, especially as we finalize a contentious election, we should be grateful to live in the free nation our veterans secure every day.

Being the child of a veteran doesn’t automatically imbue one with an understanding of what Veterans Day should mean. My father served in Vietnam as a helicopter pilot, and was at the Tet Offensive in 1968, but growing up I didn’t know what most of those words meant. It wasn’t something we discussed, as I was pretty much a standard girl—Barbie, books, Muppets, not given to playing cowboys and Indians or shooting. But I was aware especially in those days of how cool my dad was. He was a pilot his whole life, but I didn’t know he learned how to do that from the US Army so he could conduct reconnaissance missions over Vietnam.

Then I went to college to study history, really learned about that war, and learned a little of what it meant to be a Veteran. As I’ve gotten older, the depth of gratitude I have for veterans has certainly increased, as I hope it does for all people. That’s why I love the fact that our schools conduct Veterans Day assemblies. One year the history department at PC North had duty during a veterans assembly; many of us stood together and cried silently while the program rolled out. At many sites, the band plays a medley including each armed service’s theme song, and the vets in attendance stand when their song is played. It’s so touching to see them at the school and have the opportunity to honor them in person. The most moving thing that I have seen at one of these assemblies is a tableau of the Iwo Jima statue created by costumed students. It is quite moving, and I have heard gasps from more than one person in the audience.

In addition to music from the choir and band, Cooper Middle School performed the flag ceremony this year, which explains what each gesture represents as the flag is folded. The leadership students also performed the POW/MIA table ceremony, a very emotional tribute to the missing and prisoners of war. Coronado Heights Elementary performed the table ceremony too, as well as welcomed veterans from the neighborhood into the school. All across Putnam City our veterans were honored by our students and staff. I was particularly proud of the children’s respectful demeanor during the assemblies.

When the Oklahoma legislature enacted the law requiring schools to host a Veterans Day assembly in 2007, there was not a little grumbling amongst some who believed it to be “forced patriotism” or just another thing that interrupts instruction. What I see now, nearly 10 years after the law’s implementation, is an opportunity to showcase pieces of our nation’s history that may not otherwise be shared. At this time of great division in our country, we would all do well to remember these sacrifices as often as we can because they offer perspective. This is still a great country and it is great in part due to great people who choose to serve in our armed forces, like my dad, and the military families who bear a unique burden on all our behalves. Thank them all, even when it isn’t Veterans Day!

By Jennifer Seal
repost from November 2016