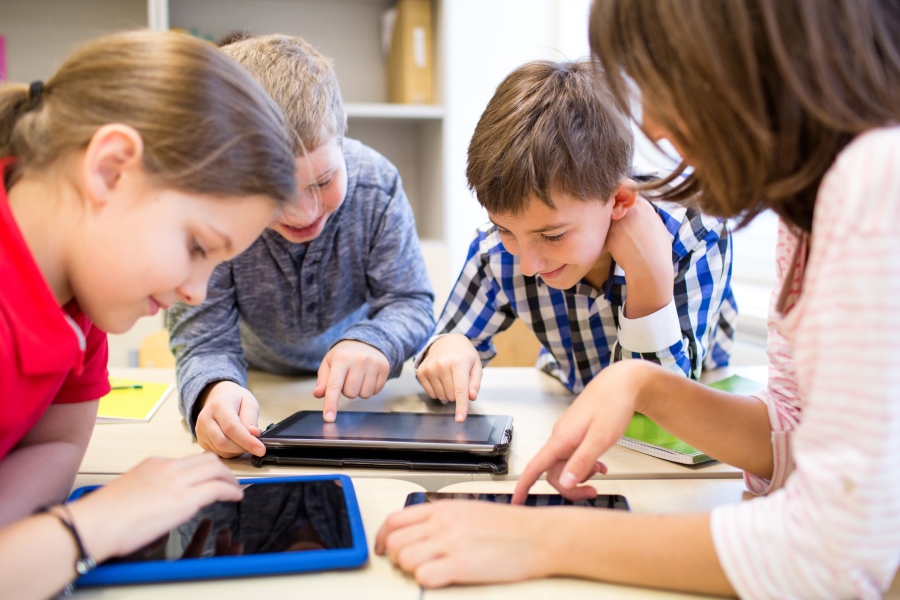 Anyone who reads my blog knows that I can always find something about which to brag when it comes to Putnam City Schools. We’ve been leaders in professional development for years, were one of the first districts to have universal kindergarten, and even were early adopters of geothermal technology to heat our buildings. One other factor about which we are proud is that over the years, our patrons have allowed the district to invest in technology like iPads and laptops.

This year, all of our students will have access to a device for learning. It could not come at a more appropriate time.

But I want to back up a little and walk you through some of the steps it takes to make something like this even happen for our students. It is no easy feat, I assure you.

First, you have to convince some people that this is a worthwhile investment which should be added to a bond issue. That includes the school board, who has a role to play in making it happen.

Second, you have to decide what kind of device to order. That may sound simple enough, but hours of consultation between technology staff, teachers, and principals takes place to arrive at that one decision alone.

Third, you have to actually pass the bond issue to purchase the items. That may sound easy, but it includes at least 10 different pieces that make that happen.

Finally, a mere three to five years later, you get to order the devices! Now you can get them to kids right? Wrong. This is a big district, so when you order thousands of iPads, your order may come in pieces. You also need to order iPad covers. Then you need to unbox those thousands of iPads and thousands of covers and put a barcode on all of them. That can literally take weeks!

Meanwhile, there’s a great switcharoo, wherein older iPads from some schools come back for clean-up and redistribution to other grade levels. All of these, and the new ones, must be loaded with specific software, some antivirus stuff I’m guessing and other things far beyond my understanding. That takes time too.

Then you need to keep them all in order and redistribute them back out to the schools. Just to give you a picture of that, you have trucks that need to be loaded and unloaded at all 27 sites with the assigned bar coded iPads.

Now the building’s fun begins. They’ll need to ensure that the iPads are all there and check them out to all – every single last – student. That could be 350 people, it could be 1,700 people.

That needs to happen before August 21st.

God help them all!