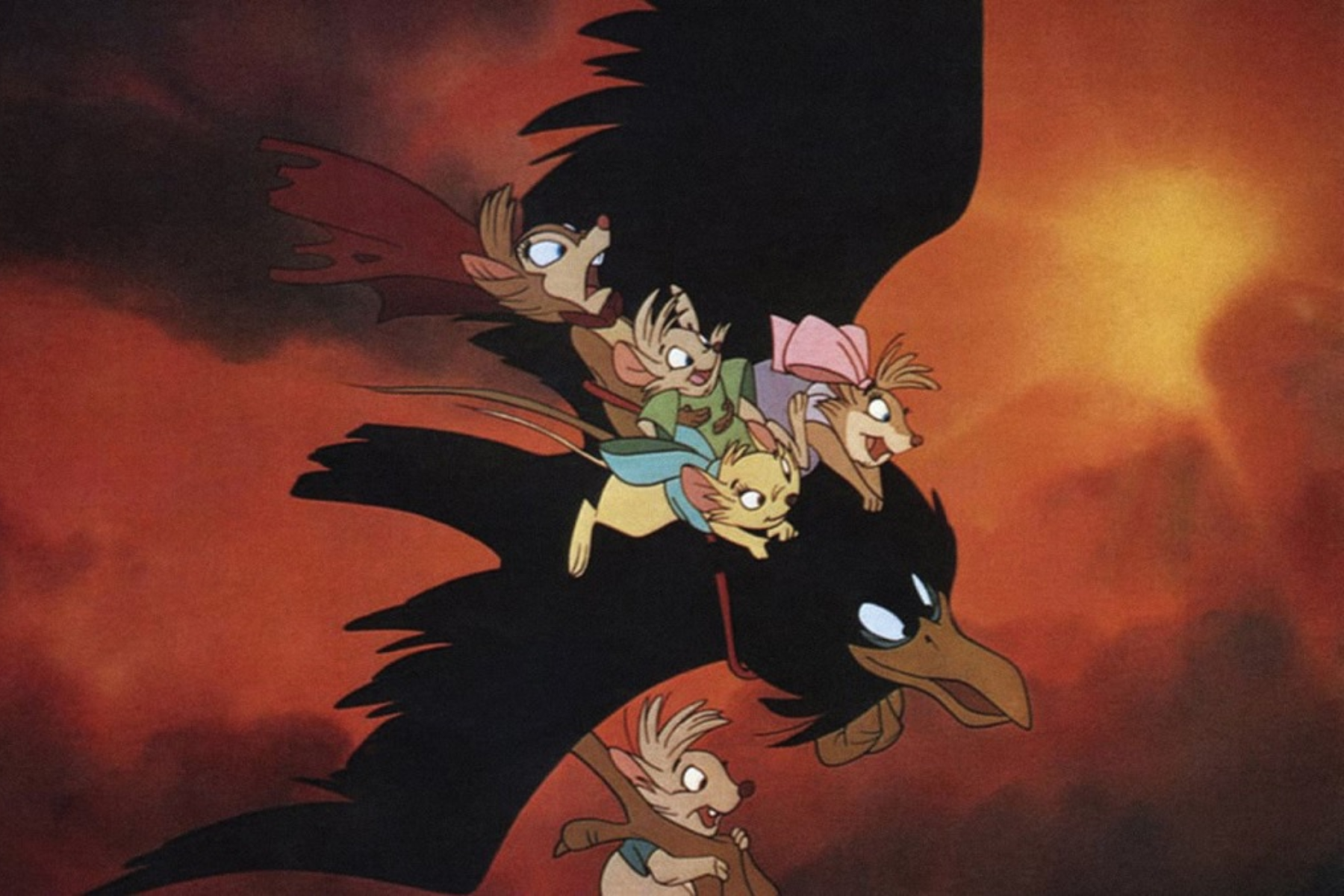 Movies from my Childhood—The Secret of NIMH

When I was a kid, I LOVED the cartoon movie The Secret of NIMH.

What was the secret?  It’s a movie about rats.

Mrs. Frisby and The Rats of NIMH is the book trilogy upon which the movie was based. Apparently Hollywood guessed—wisely, I think—that they’d have more sales were they to downplay the rat connection.

Everyone knows rats are gross. They carry disease and have creepy human-like hands. They eat trash! I think I even saw a Rat King working on the curbside trash while walking the streets of Boston one time—that was gross AND scary.

But the movie was really good! Those rats were so smart. They had electricity and spoke English and everything! How was I, a mere child when the film came out, to know that these rats had this intelligence because they used to be lab rats at the National Institute of Mental Health—NIMH? (I always wondered why there was an “H” at the end).

The story has everything—humor, high drama, fantasy, palace intrigue (or in this case, rose bush intrigue). The movie is hand-drawn, not CGI, for which I have nostalgia, and the colors are pretty muted in my memory. There’s a weird owl in there too who eats bones much in the way the Tootsie Roll Owl chomps down on that lollipop in three bites.

I imagine were the film to come out today, there would be a bit of backlash due to these rats being parts of experiments, even though the rats had escaped and seemed to be doing quite well with their big brains.

Surprisingly for one such as myself, I never read the books. I honestly didn’t know there were books until much later in life. I should probably invest in that trilogy instead of rereading Harry Potter for the third time.

I give The Secret of NIMH my second highest recommendation of four PEZ Dispensers (this is an arbitrary scale, I just made up because I miss using my PEZ dispensers in reenactments for students). It would get five PEZ Dispensers, were it not for the fact that it’s centered on one of the most loathsome creatures on earth.