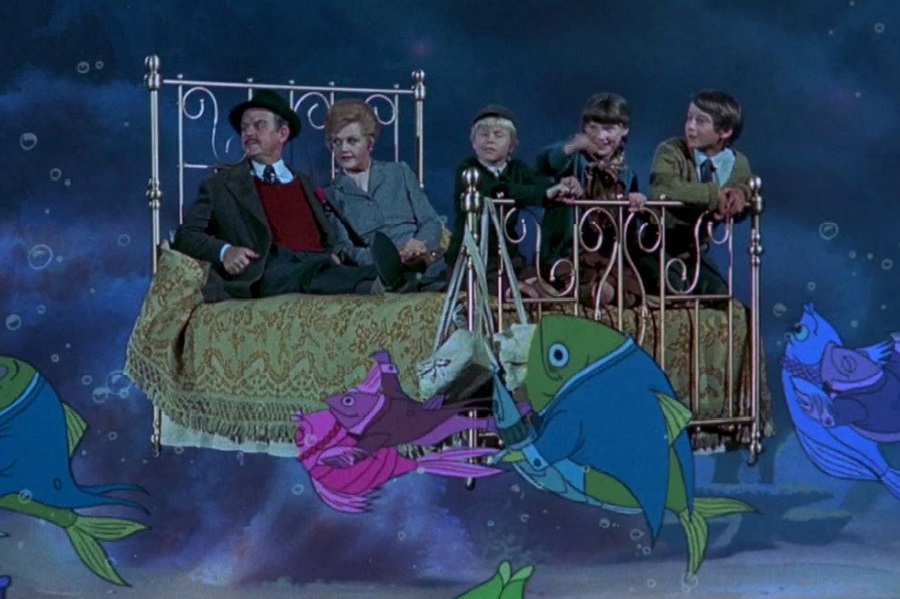 Movies from my Childhood — Bedknobs and Broomsticks

Sure, I could pick a more famous Disney movie that I also love, like Dumbo or Mary Poppins, but I’m trying to reach for the deep tracks here people. I have the blessing — or curse for some who choose to spend a lot of time with me — of being able to memorize the lyrics to songs quickly. It doesn’t matter if it’s a song I don’t like, or even in some cases, whether I’ve heard it only a few times. I can usually get those lyrics down fast. Had math been put to a song, I would probably have become a mathematician!

Anyway, I give you that background so you will know as a child, I ran around my house performing incantations based on the songs from Bedknobs and Broomsticks. “Substitutiary Locomotion” was a favorite song, which made the suits of armor move! A favorite spell was “filigree, apogee, pedigree, perigree.” I didn’t remember what it was, but a little research reveals that it turned a man into a rabbit. “Portobello Road” transported me to the kind of outdoor market to which I had not been exposed at that point.

There are so many great moments in this film, which included an animated section just like Mary Poppins would a few years later. There is a HUGE library in there, and lots of anthropomorphism. I did not have any idea then that the plot has to do with history — the Blitz, to be specific. Yet another way that my childhood activities subconsciously shaped my mind.

So, if you like fantasy, music, British History, or Angela Lansbury, you should check out Bedknobs and Broomsticks