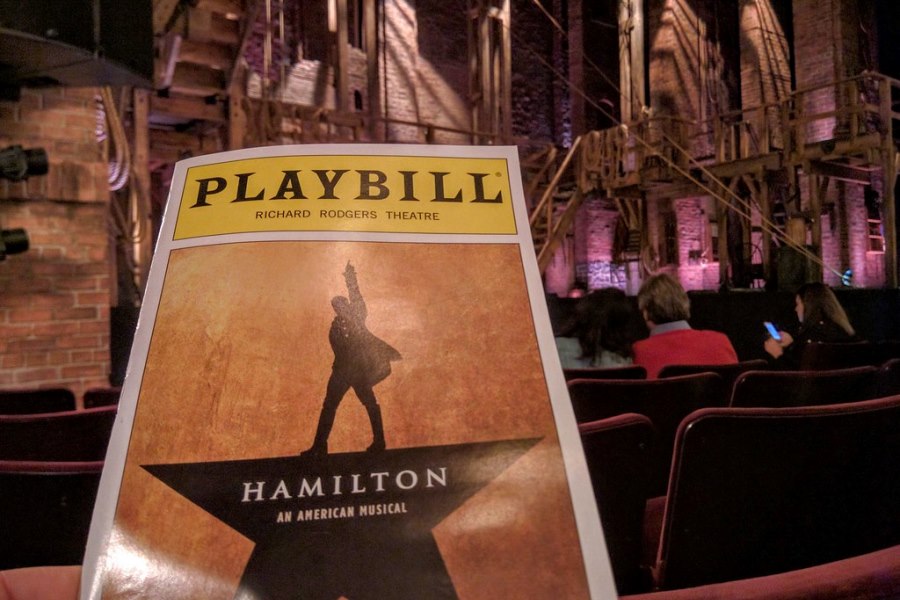 In my studies of US History over the years, I’ve always been Team TJ (Thomas Jefferson) over Hamilton. Jefferson loved the little guy, played the violin, invented stuff, and was eloquent. He was tall and had auburn hair. Oh and he wrote the Declaration of Independence, started the University of Virginia, seeded the Library of Congress with his own personal collection, and wrote the Virginia Statute on Religious Freedom. What’s not to love?

Hamilton, on the other hand, was an elitist. He wanted the new president to have almost king-like powers. He was a lover of the upper class and didn’t want to support France in their Revolution. He was intelligent for sure, but his ideology just didn’t fit with what I believe a young nation needed to grow.

Then I read Hamilton by Ron Chernow. It actually made me more frustrated with and more respectful of Hamilton. The book is long and detailed, just like a good history biography should be. I wrote angry responses to Chernow in the margins because it was so obvious that he HATED Jefferson and LOVED Hamilton.

Then the musical Hamilton came out. I must admit, I have more respect for Hamilton today than at any other point because of how that musical broke down the roles that he played in building our nation. It is very pro-Hamilton for sure, but the nuances of his arrogant personality and philandering are not ignored. Despite those flaws and others, one should not discount his importance to the foundation of our nation.

It’s easy to say that Jefferson was important because of the aforementioned accomplishments and so many others, and yet today, Jefferson has lost some of his luster in people’s minds. He was a slave owner. Hamilton was most likely not.

So does that mean we discount the good these men did because of their sins and flaws? Once again in our nation’s history is being weaponized. Symbols are being destroyed. I recognize that some of this needs to be done -- fire brings new growth, or paraphrasing Jefferson, the tree of liberty needs to be watered occasionally with the blood of tyrants.

But are we really going to diminish the good people do, the magnanimous natures that gave rise to our country, because they were also fully flawed? It’s arrogant really to think that we can understand their behavioral motivations some 200 years later.

I’m in favor of telling fuller pictures of the people who built our nation, of having more explanatory plaques to share the stories. I want our students and the nation at large to respect the towering figures of the past, but also recognize they were complex and multi-faceted products of their time who held deeply contradictory views within themselves. I don’t want to throw the baby out with the bath water.

Tomorrow night there is an opportunity for you to see Hamilton on Disney+ and I highly recommend it.  It’s not 100% historically accurate, but it certainly captures the zeitgeist of the young republic. You’ll see the flaws and the greatness. Decide if one should really obliterate the other.